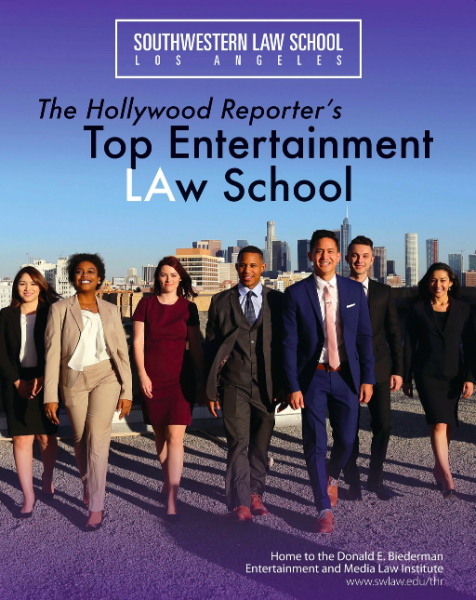 After being inexplicably shunned from The Hollywood Reporter’s 2020 ranking, Southwestern ranked 6th  on the 2021 THR list of Top Schools for Entertainment Law with three alumni making the top attorney list:  William Dern, Shawn Holley, and Dan Petrocelli. The editors wrote, “Southwestern pivoted amid the pandemic by moving all its planned conferences, events, and programs online – and converting its “A Conversation With…” speaker series into a podcast. The school also grew participation in its pro bono Entertainments and The Arts Legal Clinic, will offer a summer event to help students who aspire to have their own practice, and hired Kevin J. Greene as a professor.” Southwestern made billboard's "Leading Law Schools Of The Top Music Lawyers" list as one of the most frequently cited alma maters of the 2021 class of honorees. This year, twelve alumni secured their place on the billboard’s 2021 Top Music Lawyers list. We want to thank billboard for acknowledging our deserving alumni. We are especially proud of this ranking because it is based on industry leaders in that practice area.  Southwestern offers several music and music industry-related courses - non-Southwestern students may audit some!

EndNote: Law school rankings can be a touchy subject. U.S. News and World Report is not the only publication gathering data and offering ranked lists.  In addition to THR and billboard, Cypress Media (which publishes The National Jurist, preLaw, and the International Jurist) ranks schools on various specialty areas and characteristics by collecting empirical data and actual program offerings.  There are many others. U.S. News relies heavily on reputational data, which many critics believe systematically disadvantages regional and standalone law schools (Southwestern is both of those). The year 2021 marks Southwestern's 110th year of public service, fierce advocates, innovative teaching, brilliant scholars, and trailblazing alumni.