Both the United States and Iran loudly sought to justify their recent exchanges of armed force by invoking the jus ad bellum, the international law regulating the resort to force by States. Additionally, this short burst of violence (de facto armed conflict, or war) between the two States also involved heated official public statements regarding the jus in bello – the law of armed conflict – the body of law that regulates the conduct of hostilities.

Indeed, the U.S. President threatened on social media to target Iranian cultural sites and use disproportionate force, immediately bringing into the public narrative debates about the legality of such acts. Additionally, a number of experts have challenged the validity of the U.S. justification of its early January armed attack against an Iranian general, and even asserted that the right of self-defense cannot justify “assassinating” such a public official.

As such debates demonstrate, international law – law that countries as different as the U.S. and Iran simultaneously purport to follow – remains extremely relevant for the formulation, implementation, and public discourse related to national security policy. Indeed, this latest episode illustrates how any use of force by the United States and other countries will inevitably trigger a different kind of war, one that rages in the information domain as each side seeks to claim the mantle of international legitimacy. This “information-space” battle for international support and credibility is increasingly viewed as more decisive – especially to the militarily weaker party – than the actual physical battles being waged by armed drones and cruise missiles. It has been noted that many of the contemporary enemies of the U.S. and its allies see combat as a supporting effort to their information campaign. Much of this war for strategic legitimacy pivots on the use, and misuse, of the applicable law.

Exploring where the law is clear and more importantly, where it is not, and how global actors exploit the law’s opaqueness in today’s armed conflicts, is vital to strengthening the rule of law and seizing and retaining the “legitimacy initiative.”

An experienced group of legal scholars and law of armed conflict experts will engage in this exploration on Friday, February 21st, 2020 at Southwestern Law School in downtown Los Angeles. They will highlight the potential resiliency of international and domestic legal systems as a way to counter the calculated distortions of the law that contribute to misinformation campaigns, a key tactic in hybrid warfare. These experts—many former military legal advisors as well as a few currently serving, plus participation by the International Committee of the Red Cross—will analyze apparent gaps in the law, discuss how the law is operationalized both on the battlefield and off, and highlight the challenges of applying it in modern arenas such as cyberspace. Southwestern's Journal of International Law (formerly Southwestern Journal of Law and Trade in the Americas) complements Southwestern's extensive course offerings and faculty expertise in international and comparative law. Participation on the Journal allows students to develop their legal writing and research skills along with their substantive knowledge of topics covered by the Journal. The Journal publishes scholarly notes and articles contributed by students and members of the legal community and sponsors related symposia. 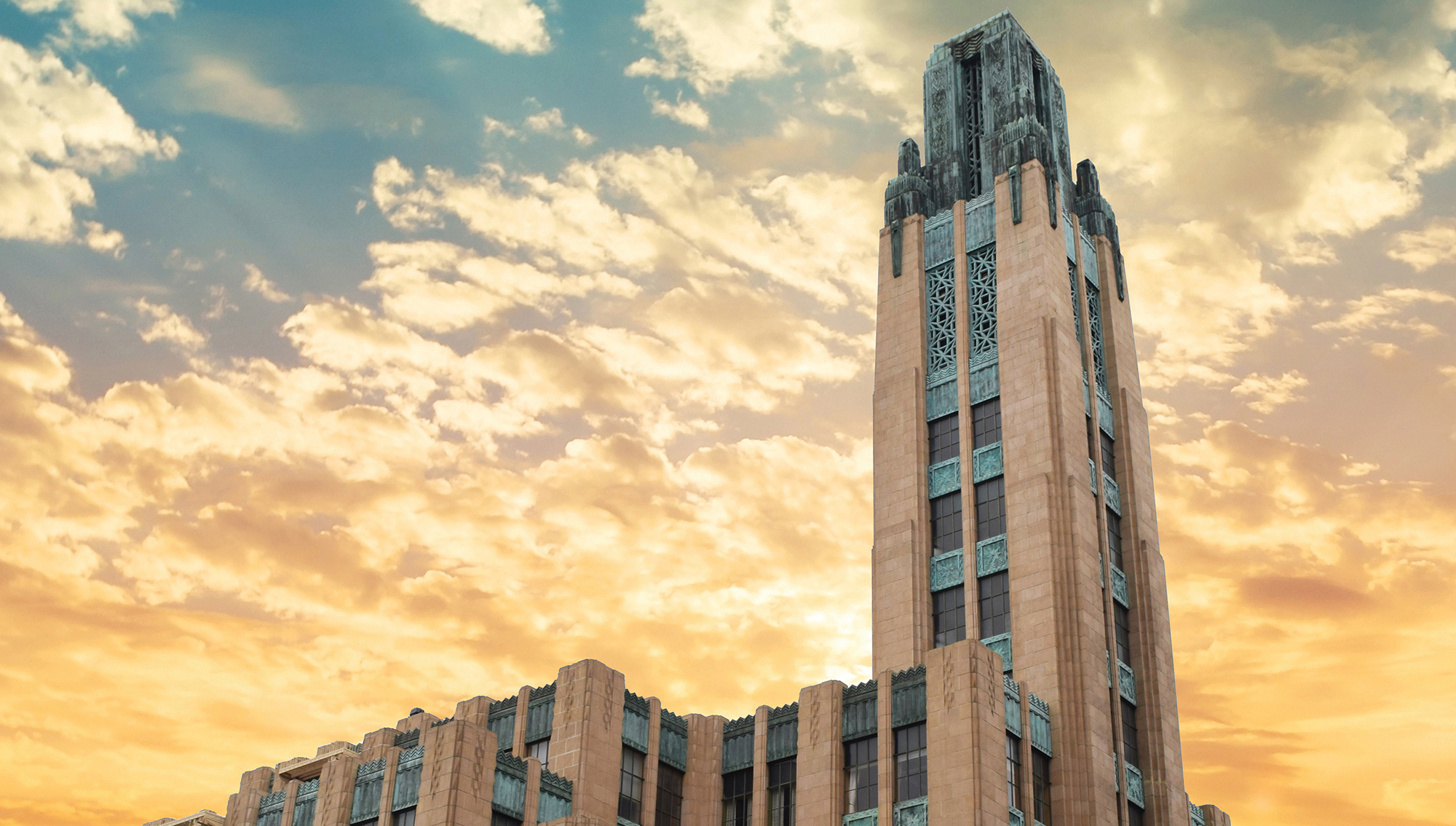 We are extremely excited to present this year’s symposium at Southwestern Law School. In the heart of Los Angeles, Southwestern has created an oasis for students and scholars that encourages contemplation and study as well as collaboration and community. Encompassing nearly two city blocks, the law school’s campus includes the extraordinary Bullocks Wilshire landmark that is listed on the National Register of Historic Places. This 1929 Art Deco structure has been transformed into a unique, multi-faceted facility that enhances the study of law with its beauty and exquisite detail.

Southwestern is located only three blocks east of Vermont Avenue on Wilshire Boulevard. The campus is situated between the cross streets Westmoreland Avenue and Wilshire Place. The parking entrance is on Wilshire Place at 7th Street.

If you are taking the subway, take the Red Line or the Purple Line to the Wilshire/Vermont Station. Walk approximately one block east along Wilshire Boulevard. Turn right on Westmoreland to access the pedestrian gate.